In 2011, Europe’s New Training Initiative was created as a unique capacity building program whose  main focus was on the preparation and training of civilians that are either going to, or already working in, crisis management missions worldwide. The idea was that this would result in high quality trainings as European training institutes could share their expertise among one another.

While ENTRi was mainly used for EU, UN, OSCE, and AU missions, PMO Security Risk Management believes its purpose and the standards it created from its pooled expertise has its applications in safety and security for humanitarian organizations.  We have therefore created an advanced Hostile Environment Awareness Training to prepare staff for the various environments they can expect to encounter on their missions for their organization. Wherever they go…

ENTRi began in 2011 and was concluded in May 2019. The implementing partners were from different Member States of the European Union and Switzerland.

And visit our page with:
Frequently Asked Questions

References
About us
Links
FAQ 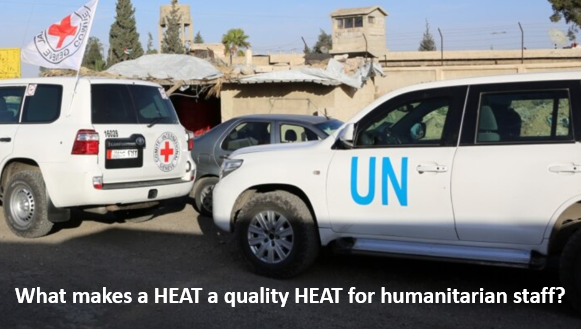